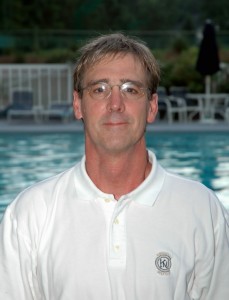 Coach Preslar is a graduate of Wake Forest University and the University of Texas Medical School. He is an Orthopedic Surgeon in Conway. He is married to Carole Young and they have three children, Jason, Jessie and Jennifer. Dr. Preslar began swimming at age three. He competed in age group swimming in North Carolina. He has been doing U S Masters swimming since 1975 and previously held the state long course record in Oklahoma for the Backstroke. He continues to swim and was 1st in the state in his age group at the South Carolina 2012 Short Course Masters Championship in the 200 & 500 Freestyle, the 50 100 & 200 Backstroke, the 50 Breaststroke and the 100 IM. In addition, he has multiple National Qualifying Times and swam at the U S Masters Nationals in April 2012 in Greensboro, NC. He placed 9th nationally in the 500 Free and 10th in the 200 Back! He began coaching swimming in 2002, as coach of the Low Country Day School Swim Team. He became the Head Coach for the Socastee High School Swim Team in 2004 and is beginning his 12th year. He earned a coaching certificate from the American Sport Education Program in April 2005. Contact Coach Preslar at: socasteeswimteam@gmail.com 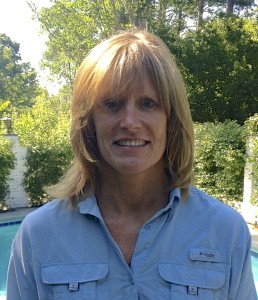 Coach Julie is a graduate of the Dusquesne University School of Pharmacy in Pittsburgh. She is a Registered Pharmacist and is currently in charge of Waccamaw Oncology Infusion Services. She is married to Bob Warner, and has three daughters: Harleigh, Lucy and Maggie. Coach Warner began swimming as an age group swimmer in Butler, PA. She was MVP of her High School Team all four years! She currently holds a Top Ten Masters swimming record in the 1500 Meter Freestyle! She is also a member of several National Top Ten Relay Teams! She currently swims for Grand Strand Masters Swimming. “Back in the Day”, she was one of the ORIGINAL Socastee High School Swim Coaches  from 1998 – 2000! She began coaching the team again in 2012 and is now entering her 4th year as a Socastee Swim Coach.